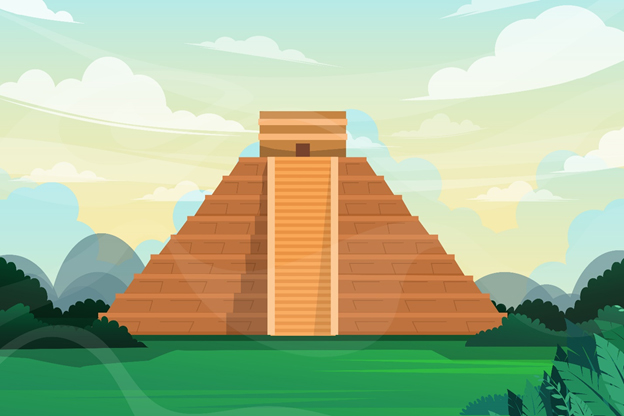 Around the World with Millac! Flavors of Spring: Mayan Spring Equinox

Hello and welcome back to the next segment of our journey! Last time we were on the West African coast observing Nigeria’s fishing celebration to mark the changing seasons. This time, we will be crossing the Atlantic Ocean and exploring the modern Central American countries in which the ancient culture of the Mayans can be found; Mexico, Guatemala, Belize, Honduras, and El Salvador. Before the fall of the last Mayan city at the hands of the Spanish colonizers in 1697, the Mayans had prospered over much of Central America and built many monuments to emphasize their civilizational prowess. Most notable in their architecture is the close attention paid to astronomical calculations which resulted in structures that could accurately measure and mark time using the movement of the sun, moon, planets, and stars.

Spring equinox in the Northern Hemisphere occurs when the sun crosses the equator towards north, roughly around the 20th to 22nd of March. Out of the Mayan ruins which survived the brutal Spanish colonization, Chichen Itza is an ancient site in southeastern Mexico which was built to honor the occurrence of the equinoxes. For this reason, many Mayans and other indeginous groups as well as tourists gather around the ancient site to witness the illusion of a serpent slithering down the temple walls on the day of the spring equinox. Other notable sites which are visited during this time of the year are Teotihuacan, El Tajin, Xochicalco, and Dzibilchaltun. The indeginous populations of Central America consider the beginning of spring to be a holy time in which the spiritual energy of the sun is at its peak. In the sites mentioned above and in various towns there are celebrations with dance, music, and folklore storytelling to remember how their Mayan ancestors welcomed the warm weather. A popular dessert enjoyed across Central and Latin America, join Millac in preparing Arroz con Leche or Rice with Milk! Very similar to kheer, this sweet and simple dessert is sure to make you interested in learning more about the cultures of the Americas.