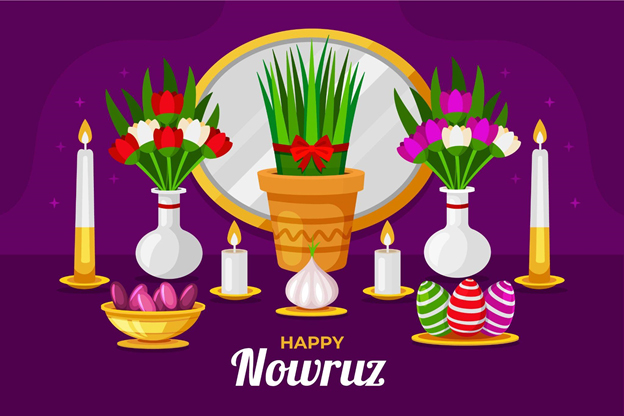 Around the World with Millac! Flavors of Spring: Balochistan Nowruz

Today we will be venturing to Pakistan’s largest province, Balochistan! Did you know that the Baloch nation is so large that it’s boundaries exceed even those of the largest province of Pakistan? Many Baloch have migrated for centuries over and across the modern-day borders of Iran, Afghanistan, and Pakistan, so the Baloch nation spans three countries and a variety of Central and South Asian cultures. Influences from surrounding areas have been interpreted in unique ways according to Baloch traditions, creating two way cultural sharing. One such custom found in Balochistan, Nowruz, has remained popular across the ages for its universal message of gratitude for the wonders of nature. The festival has traveled across fertile fields, mountains, and rivers to bring together people of various faiths and beliefs for a time of spiritual rejuvenation as the land transitions from dormant winter to active summer. Zoroastrians, Bahai, as well as various Muslim communities such as the Sufis, Shia, and Ismaili all find wisdom in the time of spring as a time of gratitude for all that nature gives us. Check out the map* below to see the various countries where communities celebrate Nowruz!

In Balochistan, the largest Nowruz festival happens in the provincial capital of Quetta, in recent years with collaboration from the Iranian Cultural Center. Neighboring provinces of Khyber Pakhtunkhwa and further north in Gilgit-Baltistan also join in with their Central Asian neighbors of Afghanistan and Tajikistan with small celebrations of spring east of the border. Music, dance, and games are played to mark the joyous occasion once the house has been cleansed of dirt and decorated with fresh flowers as the people also decorate themselves in new clothing. One key element in Nowruz across the various communities is the Haftsin table where fresh and dried fruits, baked items, sweet drinks, and other food items are spread out to be shared with family and friends. Join Millac in appreciating the bountiful dates which grow in Balochistan as we learn how to make popular Baloch madar with our Comelle Desi Ghee!

*In some countries marked, Nowruz is not a mainstream festival but restricted to minority religious and ethnic groups such as Kurds in West Asia and Parsi, Ismaili, Sufi, or Shia communities in South and East Asia. 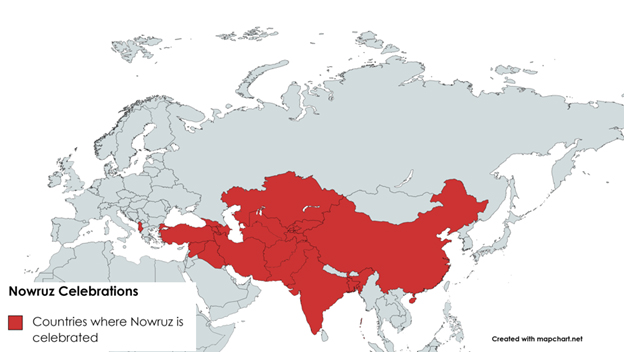